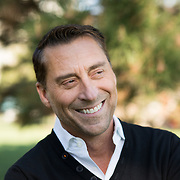 Dr. Jay Seller is President for Arts for Colorado. Seller is the former president of the Educational Theatre Association (EdTA) and the former chapter director for Colorado State Thespians. Seller comes to his current role in arts administration with an impressive 20+ years of experience in public education. Dr. Seller is the recipient of numerous awards, including: EdTA Hall of Fame, Colorado State Thespians Hall of Fame, USA Today All-Star Teacher, ACT Outstanding Colorado Professional, and numerous other awards for his work in the Arts and Nonprofit sector. Seller has served in numerous capacities, endeavoring to address the needs of the nonprofit sector in Colorado and across the nation. 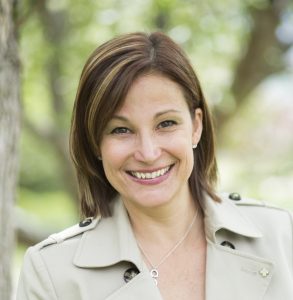 For more than ten years Tamera worked in Miami and New York’s most underserved communities to develop arts education programs aimed at elevating student achievement by integrating academic learning into theatrical explorations. As a Curriculum Specialist at Sesame Workshop, she developed creative projects to increase respect and understanding and nurture the social and emotional development of preschoolers around the world. Tamera has served as a curriculum writer for several education publications, her emphasis has always been placed on arts integration. Upon moving to Colorado, she launched one of Harmony Projects’ most successful arts integration programs in Denver, titled Integrated Global Arts; Tamera went on to later become the Executive Director of this nonprofit organization. Previously, Tamera serves as the Regional Director for PeaceJam Rocky Mountain where she weaves peace-education strategies grounded in the life and work of 14 Nobel Peace Laureates. Together with youth and their teachers, Tamera refines civic education practices, develops arts for social change experiences, and launches large-scale service learning projects in schools and community centers throughout New Mexico, Colorado, Wyoming, and Montana. 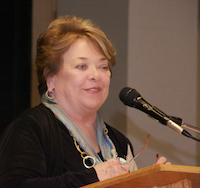 Pam Pleasant-Foster is the chair of Arts for Colorado, Colorado’s statewide arts advocacy organization. Foster has been involved in the organization for many years and is a strong advocate for the arts in rural communities. A resident of Craig, Colorado, she has been very active in civic affairs at both the local and state levels. She is a leader in Republican party activities in the state with a long history of strong involvement in elections. Pleasant-Foster operates an interior design business that serves communities that are often quite distant from her home base in Craig. She is a graduate of Stephens College in Columbia, Missouri.

Jena Dickey is the Founder and Artistic Director of Young Voices of Colorado, a children’s community choir and music education organization that serves over 300 children from metro Denver annually. In her position she leads a group of 3 full-time and 5 part-time musicians. Her choirs have sung in 8 states including New York (Carnegie Hall) and in 14 European countries. As a leader in the American Choral Directors Association (ACDA), Dickey was instrumental in establishing the national Children’s Choir Conductors Retreat and hosting it in Denver in 2012. Dickey is also the co-founder of Sing A Mile High International Children’s Choral Festival, which brings together over 400 singers and directors per year for a week-long event in the metro Denver area. She holds memberships in ACDA (national, regional and state organizations) and serves as the chair for children’s and community youth choirs for the Southwestern Region of ACDA. She is also a member of Colorado Music Educators Association and the National Association for Music Education. Dickey received her bachelor’s degree in music with a music education emphasis from The University of Texas at Austin and her master’s degree in music in Choral Conducting from The University of Colorado at Boulder. She has extensive post-graduate study in choral conducting and vocal education for children. She has conducted children’s honor choirs in Colorado and Wales. 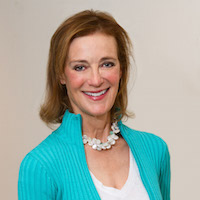 Marion Kahn is an oil painter, a colorist, who lives and works primarily in Steamboat Springs Colorado. For her large-scale paintings Marion searches for and studies the inimitable beauty, color and movement that is in nature all around her. Kahn is also a jewelry designer working primarily with pearls and semi-precious stones. She was previously executive director of the Steamboat Springs Arts Council, where she oversaw the implementation of important new community programs, including First Friday Artwalk. Before moving to Colorado, she founded Marion Kahn Communications in Little Rock, Arkansas. She won numerous awards for her work with clients such as Delta Air Lines, Wal-Mart Stores, and the Garden Club of America. Marion has a lifelong commitment to the arts for the benefits it brings to all, whether as creators, viewers or participants. 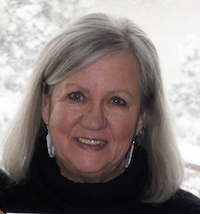 Artist Marilyn Leuszler studied for ten years in Japan under Masters in Traditional Asian Arts, serves as Chair of the Trinidad Arts & Culture Advisory Commission, Corazon de Trinidad Creative District, and Space to Create Trinidad management team. She is Western States Coordinator for arts-based nonprofit, Fresh Artists and is both advocate and activist for the arts at the local, regional and state levels. 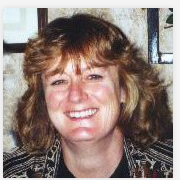 Ann Lukacs has had a long career in the film industry. Her more than 30 years of experience has garnered her credits in films such as Gravity, John Carter, Pirates of the Caribbean 3, The Bucket List, The Laramie Project, and Coal Miner’s Daughter. She produced, directed, and led the camera work on the film Behind the Chutes, an award-winning feature documentary that follows professional rodeo bareback riders through the circuit. A strong advocate for the development of film and video opportunities in Colorado, she has also served as a location scout, permit wrangler, and film logistics manager. Lukacs is a graduate of the College for Creative Studies,

Miles F. Porter IV, nicknamed “Spike,” a Coloradan since 1949, is an Army veteran, former hardrock miner, and graduate of Adams State College. A second-generation journalist and award-winning investigative reporter, he and wife Mary E. Staby owned newspapers in Summit County for nearly 20 years. After 34 years in Frisco, they recently moved to Salida, home to many art galleries. Porter continues to contribute news and photos to the Summit Daily News and Salida Mountain Mail. Both Staby and Porter are runners, skiers, boaters and golfers. 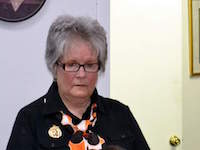 Julie Worley is a serial entrepreneur, a small business advocate, and a “creative.” She has owned three small businesses, and has worked in rural economic development for the last 14 years. Worley served for several years on the board of directors of the Colorado Rural Development Council and is a past member of the Phillips County Arts Commission. Worley is a founding member of the Southeast Colorado Creative Partnership, a non-profit grassroots arts organization promoting creativity and the arts throughout Southeast Colorado.