A selection of our awesome work. 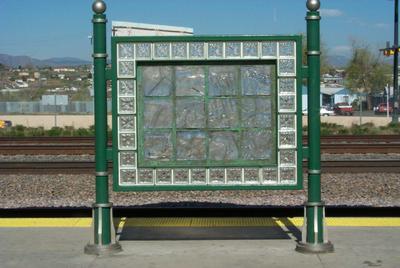 The Creative Districts legislation which just passed is already taking on a life of its own. We’ve gotten phone calls from a number of communities that are ready to act. The legislation allows us until next July to implement the process, but we hope to have it ready to launch by the end of the first quarter of fiscal year 2012. Our first step is to hire a consulting partner, since we don’t have sufficient staff to do all of the work that the legislation requires. I have issued a Documented Quote to solicit proposals and hope to have them on board by early September. Interested applicants can register on the state’s BIDS system to see the DQ requirements and to apply. Visit the following URL to apply:https://www.gssa.state.co.us/BdSols.nsf/OByCats/4678936c10aab6c3872578cc00509718?OpenDocument

We will also convene an advisory committee of city representatives to help us develop the certification guidelines, and hope to do that in September. The Council has approved the concept of small planning grants to help cities do the kind of in-depth planning that is critical establishing a successful district, but those guidelines won’t be ready until the end of September at the earliest.

The good news is that the final version of Governor Hickenlooper’s Bottom Up Blueprint for Economic Development has been released and Creative Districts are included in the Business Retention and Recruitment section. The Blueprint will provide further guidance and hopefully some ideas for future legislation (such as a funding stream – wouldn’t that be nice?).

At the roundtable that Jane Hansberry convened following the Think360 breakfast, there was some discussion about whether to introduce Creativity Index legislation similar to that in Massachusetts. I said at the meeting that our office would not take the lead on that because we’ll be so busy implementing the Creative Districts legislation. Of course, if others are interested and eager, we will provide whatever assistance and support we can.

The Governor appointed Donald Zuckerman as the new Film Commissioner in May, and Donald is conceiving a new kind of incentive to promote more film production in Colorado. While no details are available, there seems to be interest in Donald’s ideas from the governor’s office in a way we haven’t seen before. More later as this unfolds and as OEDIT’s legislative priorities develop.

You may have seen that Dwayne Romero has stepped down as Director of OEDIT and the Governor has appointed Ken Lund, his former chief legal counsel. Ken officially started August 1.

I attended the three-week Harvard Institute for Senior Executives in State and Local Government in July, thanks to a generous fellowship from the Gates Family Foundation. I believe the interview panel was intrigued that Colorado is becoming known as a leader in this latest economic development trend to consider artists and creative entrepreneurs as a strategy for economic growth.  Other attendees included elected officials, police and fire chiefs, city managers and state agency directors from across the country.

Indeed, Colorado’s strategies to promote, support and grow our creative economy have been featured in several “not-the-usual suspects” conferences and publications lately. It’s so great that our state is now being looked at as a leader in this new trend, rather than the postage child for budget cuts. The following all featured Colorado as a case study and happened in the past year: